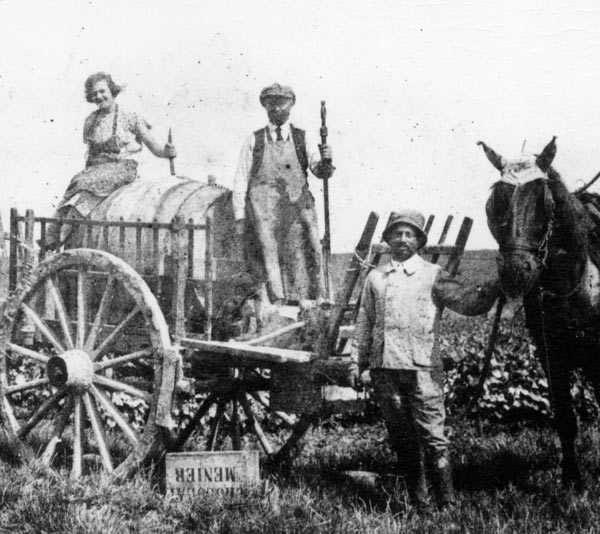 How it all started

Before the wines of Champagne were famous, at the time when they were known simply as wines from La Montagne, it was the monks who first realised the quality of the vineyards that now belong to Champagne Duménil.

The monks came from the prestigious abbey of Saint Rémi in Reims which owned vineyards in the villages of Chigny-Les-Roses, Rilly-La-Montagne and Ludes, all situated in the area known as La Grande Montagne de Reims and all now classified as Premier Cru, where the Duménil family estate had its beginning.

As for the monks of the cathedral in Reims, they had vineyards in the nearby village of Sacy in the area known as La Petite Montagne de Reims which is also classified as Premier Cru.

Later, when the wines of the region started to be sold as champagne, their success was thanks to the quality of those same vineyards, and others like them, which was already well recognised.
Mention of the Duménil family can be found in public records going as far back as the reign of King Louis IV and right up to the present day. 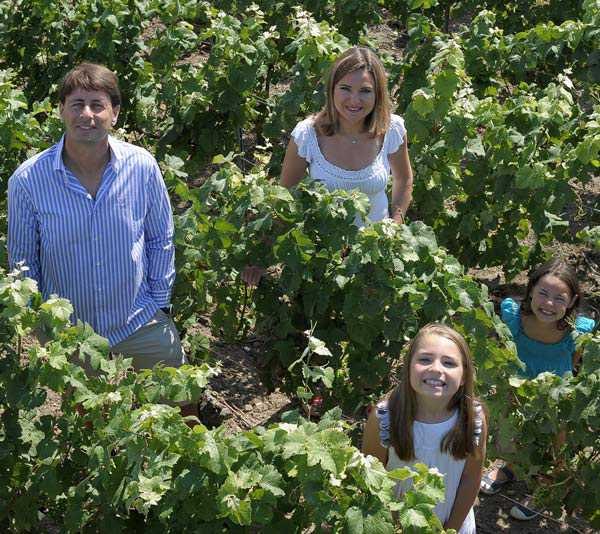 Our family and our history

The story of Champagne Duménil goes back to its foundation in 1874 and owes a great deal to a happy combination of skill in both viticulture and in wine-making that was a rarity at the end of the XIX century.

As well as tending vines, Emile-Paul Duménil, the founder, also owned a grocery and a café in Chigny-Les-Roses. Little did he realise that the champagne house he created would still be prospering more than 140 years later.
Exceptional wine makers
Their understanding of the tastes and expectations of their customers helped them become quite remarkable wine makers.
Frédérique and Hugues
Frédérique Poret is the great granddaughter of the founder of the house and today she is the creative inspiration behind the blending of the champagnes. Her husband, Hugues, is from a long line of vignerons in the nearby village of Sacy, Premier Cru, and he has the knack of bringing the best out of each plot of vines so that each reveals its own individual character.
They each play an equal part in the wine making and in bringing the spirit of Champagne Duménil to life. 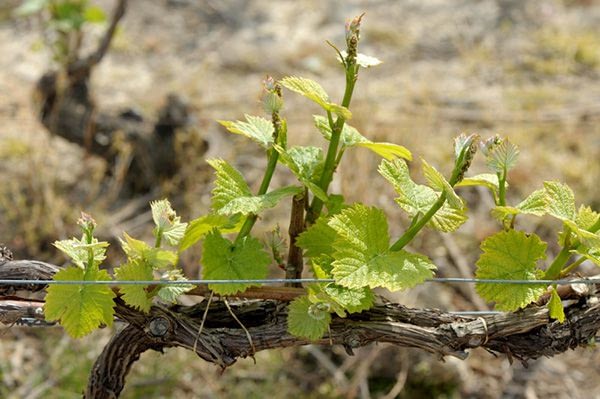 It’s the deep layer of chalk that lies not far below the surface of the soil in our vineyards on La Grande Montagne de Reims that protects the vine roots from frost and which provides the nutrients and water the vines need to produce the elegance and freshness we look for in our wines. The forest too plays a vital role in regulating the temperature of the vineyards, concentrating the warm air above the slopes during the day and releasing it, as night approaches, down towards the lower slopes and the plain below.

The soil on La Petite Montagne has a sand and clay composition that brings out the magnificent fruity character of Pinot Meunier. 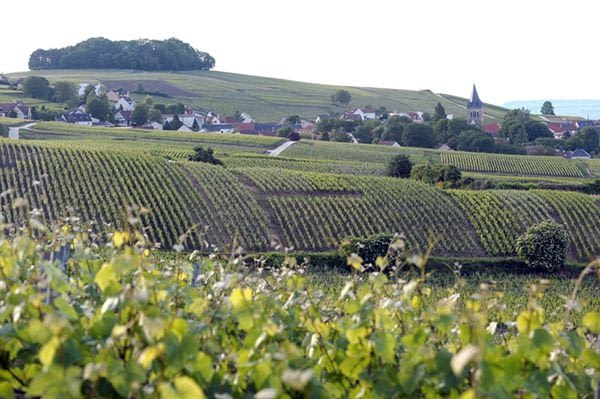 All products of the House are Premier Cru. It is from the chalk within these well-known hills «hill of the Montagne de Reims» (Chigny-les-Roses, Rilly-la-M et Ludes), that the Dumenil Champagnes draw their incredible fruit. In order to retain the unique nature of the soil and the subsoil, manual labour is favoured as much as possible; notably with the use of horses in the oldest vineyards. 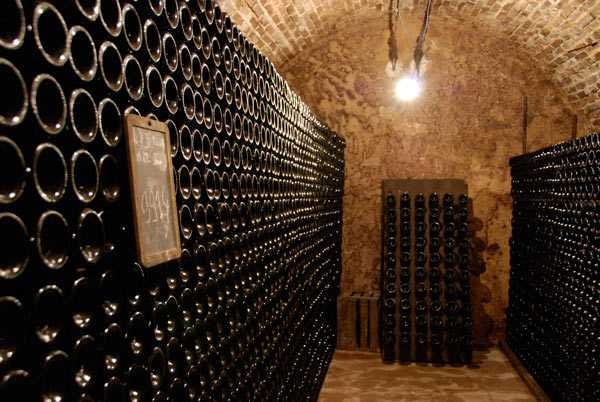 At each stage of the winemaking

Independent winegrower, we produce Pinot Noir, Pinot Meunier and Chardonnay grapes in low yielding vineyards. Champagnes which are complete, balanced and rich are created from this trilogy. The Dumenil champagne style is sustainable for the future thanks to a precise blend from older vintages carefully preserved. Our precious bottles will mature in the cellars for a minimum of 3 years. 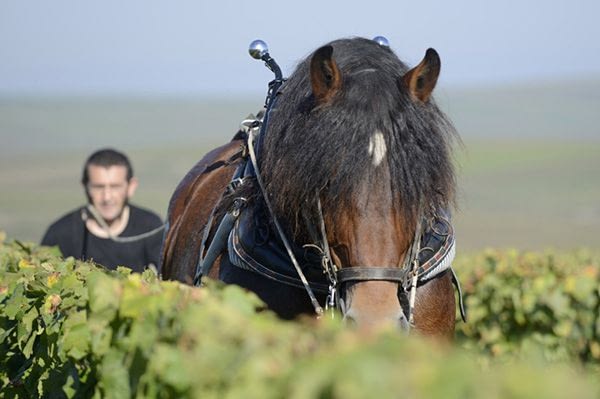 Our work in the vineyard

As vineyard manager Hugues’s special skill is his ability to observe and learn from Nature.

Yields are always carefully controlled so as to produce a perfect concentration of sugar in the grapes and an exceptional depth of aroma. The selection of vines with a moderate yield is a natural part of this success.

Encouraging the vines to send their roots deep down into the chalk is crucial for the development of complexity in our wines and we achieve this thanks to the diversity of flora and fauna in
the vineyards which we promote in many ways such as ploughing the soil in each plot and allowing grass to grow between the rows. 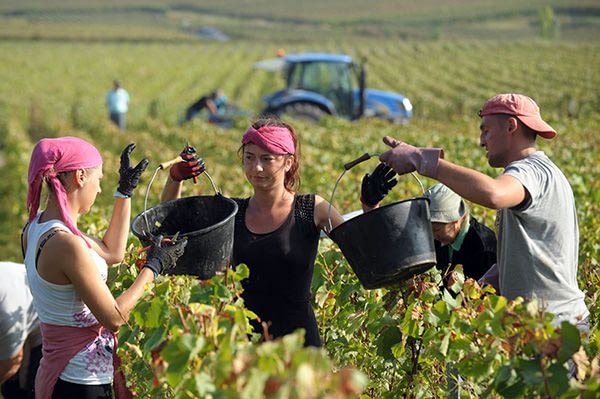 Taking care of the soil
Compaction of the soil is avoided by the use of a chevillard (a lightweight tractor) and of horses. This prevents water run-off, improves drainage and encourages better root growth. In addition ploughing improves the aeration of the soil.
After pruning, the off-cuts are ground into a mulch to create a natural, organic fertiliser.

Harvesting
During harvesting the maturity of the grapes is monitored very precisely and during picking only the best quality bunches are selected. 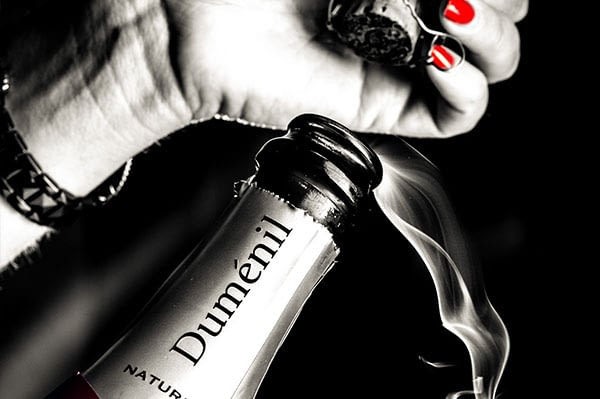 At champagne Duménil we use only the cuvée, (the first and best juice off the press), so as to preserve the balance and freshness of our wines.

Pressing must preserve all the potential of the wines to come.

Pressing takes place in three stages. The first pressing yields la cuvée which produces wines with plenty of finesse and complexity. It’s this juice (called moût at this stage) that we keep to makeour champagnes.
We have a top-of-the-range press made by Coquard which automatically separates la cuvée from the lower quality juice (la taille) so that we can retain the former to make our range of Duménil
champagnes.
The press has a capacity of 4,000 kg which is the standard unit in Champagne and which is suitable for the type of artisan winemaking we undertake.
Débourbage (the natural settling and clarification of the juice) is done in 40 hectolitre vats and takes 24 hours. 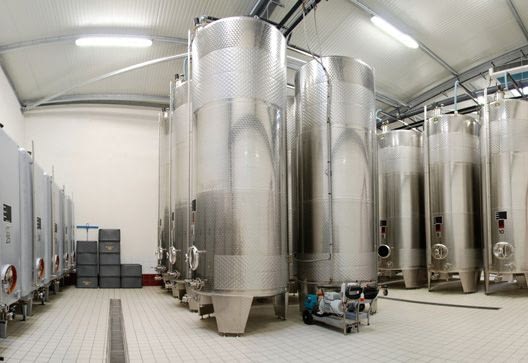 We introduce yeasts as soon as possible so that alcoholic fermentation takes place in optimum conditions.
The fermentation vats are temperature-controlled to preserve the most delicate aromas.

Disgorging is done 4 – 6 months before shipment so as to allow time for Duménil champagnes to rediscover their perfect balance.
Allowing time for time
The constant search for excellence that we have pursued generation after generation involves taking one’s time: time to be patient and time to wait until just the right moment comes along; it’s a particular skill that we’ve developed at champagne Duménil.
Every bottle spends at least three years ageing in the cellars whilst it develops its full character. Our special cuvées spend 5 years in the cellars and the vintage champagnes are aged 8-10 years, far
longer than is required by the traditional standards in Champagne, but we believe that nothing less is good enough.

We think that Michel Rebeyrolle would have approved too. He was a great lover of vintage champagne and created some wonderful examples in times gone by.